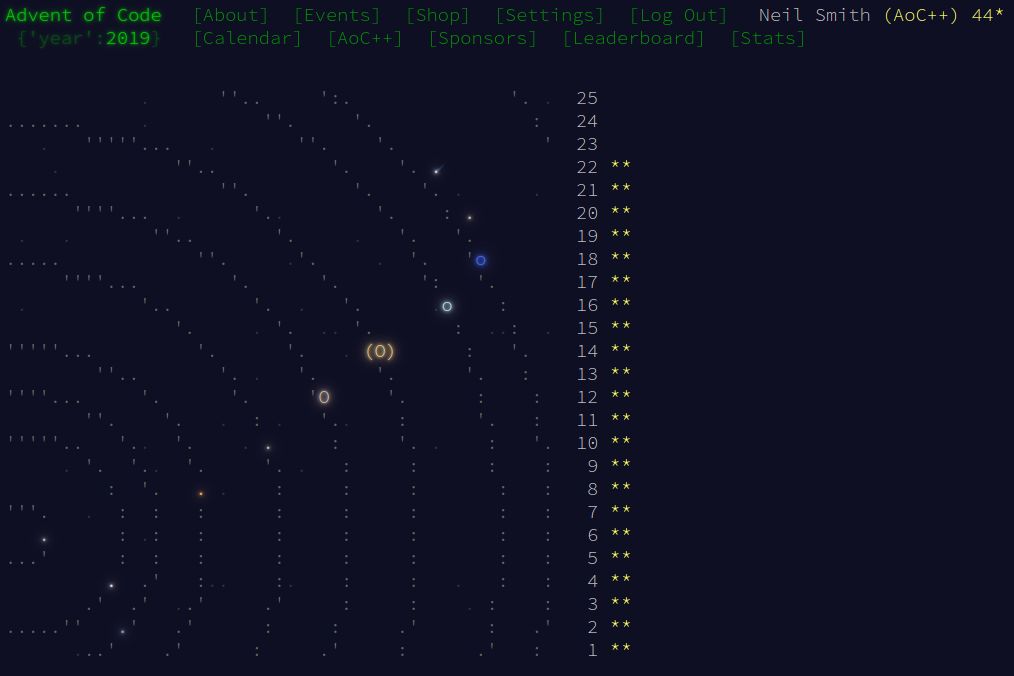 I must admit, I cheated when doing day 22. I looked at the problem description and, while Part 1 might be solvable as a direct approach, just knew that Part 2 would be so much larger that it would require a different approach, probably involving bits of abstract algebra I've either forgotten or never knew.

As this day involved both bits of discrete maths and bits of Haskell that were new to me, I cribbed mercilessly from mstksg's excellent description of how they solved it. This involved two main innovations:

I'm using the dependent types to make the modular arithmetic a bit tidier. When using numbers of type Finite n (natural numbers mod n), all arithmetic using these numbers is automatically taken mod n, without needed to scatter mod calls through things. But this is under-using their power: see the posts by Justin Le on type-safe neural networks for a better example. He uses the dependent types to describe matrices, and that means the type checker will ensure that only matrices of the correct sizes are added and multiplied together.

Let's start by defining some data structures. ShuffleOp will store the results of parsing the input file. Affine is an affine permutation of the deck, characterised by the a and b values.

Parsing the data file is straightforward with Megaparsec. I define a symbol for each prefix of the instruction line, and parse the remainder into the ShuffleOp data.

The operations convert into affine permuations quite easily (with modulo to convert the Integer into Finite n values).

Permutation as a function

We can think of a permutation as a function that takes an object in position x and returns the position where it ends up. In this case, I define it as the operator @$

I can find the whole deck of cards by finding where each card ends up (using getFinite to convert the finite n values back to ordinary numbers):

This matches one of the examples in the problem specification.

Mathematicians start with groups and then weaken their properties, if needed. Haskell starts with the weaker versions and builds on them to get the stronger objects.

A monoid is a semigroup with an additional feature, an identity element for the operation. It's often written as 1, for the analogy with multiplication. The law is that \(\pi \cdot 1 = 1 \cdot \pi = \pi \). In Haskell, the identity element is called mempty.

(I won't go into the details of the maths of how those formulae are derived.)

All these classes are instances of Foldable, so the default definition of fold will combine all the shuffle operations for me. (But I have to be careful: the standard way of writing permutation composition, \(\pi \cdot \sigma \), applies π to the result of applying σ, so I have to reverse the lines of the input file to ensure they're combined in the right order.) I also need the type declaration to ensure the function doesn't get specialised for the first type of Affine it sees.

And that's it. The final solution is just putting the pieces together.

You can find the entire code online, and on Github.