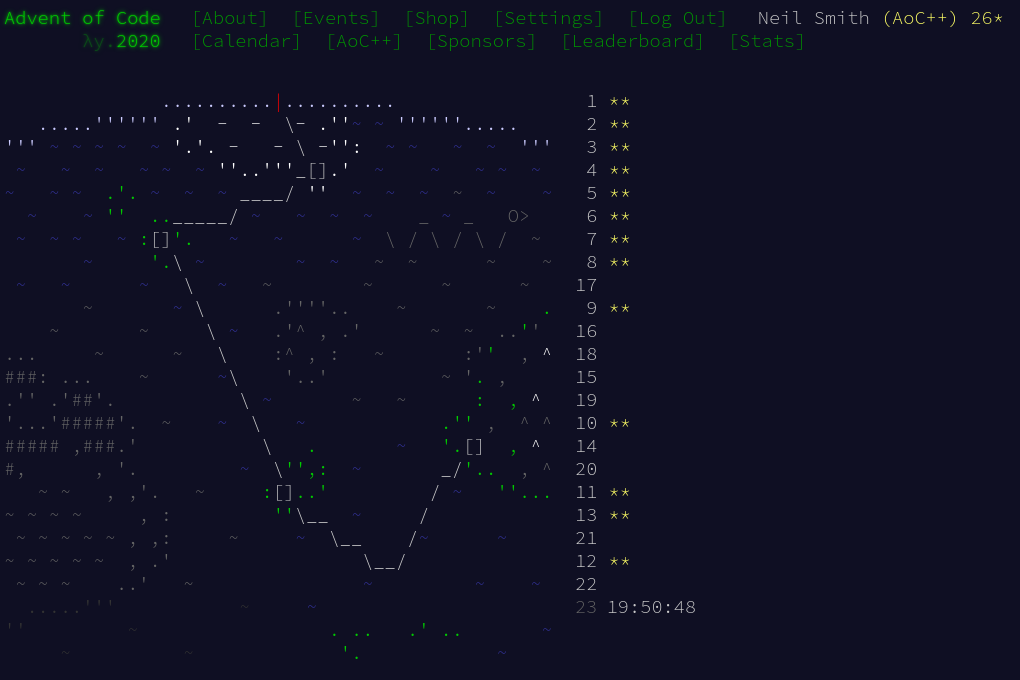 Day 12 was fairly straighforward: apply a bunch of rules to update a state. The two parts are so similar, I'll treat them together here.

I started with some data definitions, for Directions, the Actions and the Ship.

I thought about using complex numbers for the position, but decided that the benefit wasn't worth it: I'd be spending most of my time looking at the components of the position, so there was no real benefit in bundling them together.

Direction is a Bounded Enum so that I can increase and decrease it. It's time to reuse my "wrapping enum" definitions, so "increasing" the direction turns clockwise, and "increasing" from West correctly turns North.

Parsing the inputs is explicit: one rule for each action, a general action is a choice of the specific rules.

Applying the actions is a fold, where each step in the fold has type act :: Ship -> Action Int -> Ship.

All that's needed is to apply each action to a ship. Note the use of record wildcards to help packing and unpacking the record. For part 1, it looks like this:

For part 2, the actW (for "waypoint") looks like this: