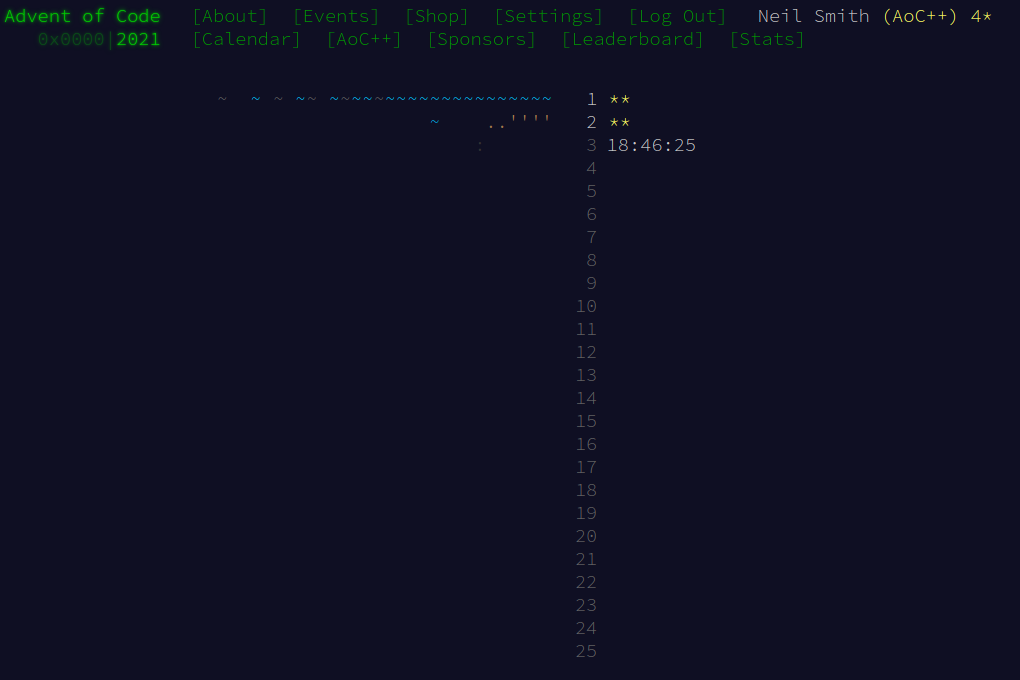 The main questions for today's task are how to represent what's important. There are two things: the commands given to the submarine, and the current position. I decided to go with clarity over cleverness.

This has the additional advantage from the "parse, don't validate" approach, in that I can't have an invalid Command.

It's back to attoparsec for parsing, which remains remarkably clear.

A course is a list of commands separated by newlines. A command is either forward, up, or down. Each of those is the text string followed by a number, and we don't bother recording the text string.

Finding the final position requires writing down the rules as a function (using pattern matching for the different cases), then folding the commands into a final Position.

The only wrinkle is to remember to fold from the left, so commands are applied from first to last!