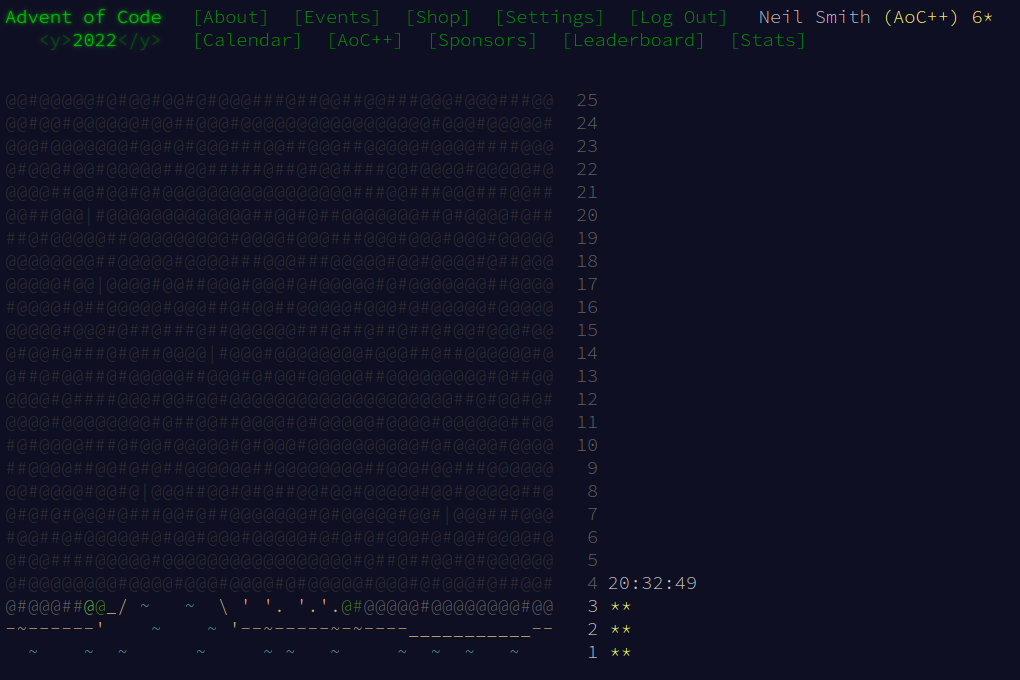 Day 3 didn't end up in the place I was expecting, which meant I over-engineered part 1 for a part 2 that didn't arrive. It was also the first use of the containers package, for Data.Set.

For data types, I followed the problem and defined a Rucksack, a type synonym for Contents, and a function that would convert a string to a Rucksack:

This needed definitions for commonItem (the common item in both halves of the rucksack) and priority.

The result is by finding the sums of the priorities of the common items.

I was expecting to find a reallocation of items to the compartments of the rucksacks, even though that would have been a large jump in complexity for this early in the event. (Perhaps we'll revisit this scenario later?)

But this wasn't too bad. My approach is to split the input into chunks of three rucksacks then, for each chunk,

(It still annoys me slightly that Data.Set provides unions but not intersections.)