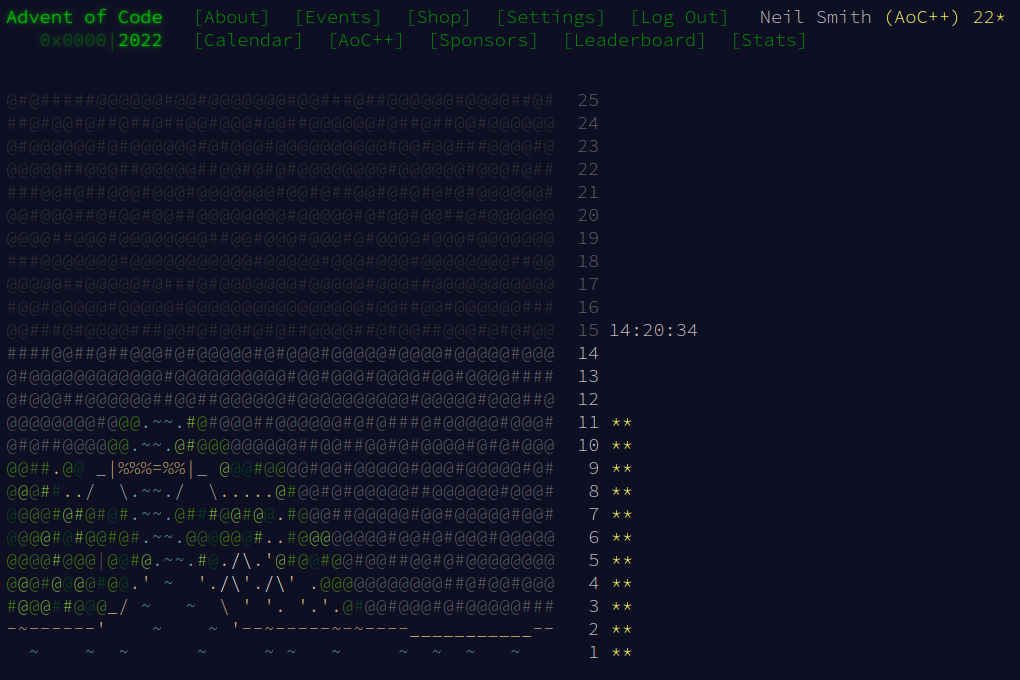 Day 11 was probably the most complex challenge so far, and saw the return on the RWS (Reader-Writer-State) monad to keep track of all the monkeys.

This needed quite a few data structures to keep track of all the different parts.

The first decision was to separate the data into parts that would fit the RWS approach. The description of the monkeys' decision-making parameters formed the Reader.  The log of how many items were processed was the Writer. The detail of which monkeys held which items was the State. The Reader part was mainly a Map from monkey ID to its parameters and the State was a Map from monkey ID to the items it held.

Within that, I expressed the "operation" as data, rather than a function that transformed the old worry level to the new one. Finally, the monkey description contained the function that was applied to the worry scores after each update, to keep the scores in a sensible range. For part 1, that limiting function was 'div' 3; for part 2 it was 'mod' k where k was the product of all the "divisible by" values.

The State and Writer parts were simpler. The MonkeyLog held how many items were handled by each monkey in each step of the simulaton.

Parsing the input took some space, as the data format was verbose.

throwItem handles one monkey throwing one item. It updates the worry value, tests it against that monkey's criterion, determines which monkey should receive the item, and updates that monkey's list with the new item.

This all uses a bunch of helper functions. updateWorry calculates the new worry level, using the threshold function after the monkey's defined operation.

Given one monkey throwing one item, having all monkeys throw all items to make a round is a couple of mapM calls.

throwItems also writes the log of how many items are thrown by this monkey this round.

There are a couple of functions to extract the desired value from the log.

The final part is to assemble the monkey description (together with the limiting function) and simulate the required number of rounds.