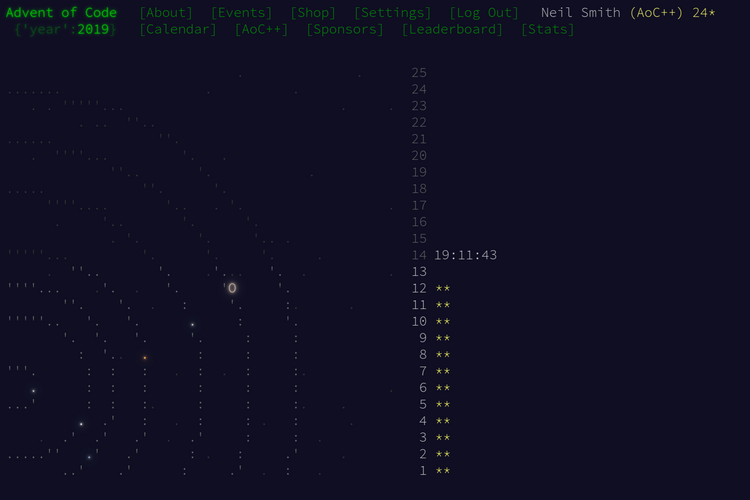 It follows the pattern of day 7 closely, with an Ant data type instead of the EncapsulatedMachine from before. I also use a Map of Positions to Colours to keep track of the paint job.

The runAnt manager function follows very closely from before. The ant is run until it blocks, awaiting input. When it blocks, the manager handles any output generated by the ant (painting squares and moveing the ant) and then uses the camera to tell the ant what colour it's standing on. The manager then runs the ant again until it either blocks or terminates.

The if (null output) ... statements are to catch the case where the ant looks at its current square before issuing any move commands. I assume that the ant always generates exactly two output elements before blocking for input; this is a generous reading of the problem spec, but it happens in practice. Because there are only ever two output items, I don't need to keep track of previous output.

The paint, move and camera functions do what you'd expect.

The only other notable part of the code is the turn procedure, which uses hand-rolled versions of pred and succ to handle turning in circles.

That's about it, really. There are some other utility functions in the code, but nothing terribly exciting.