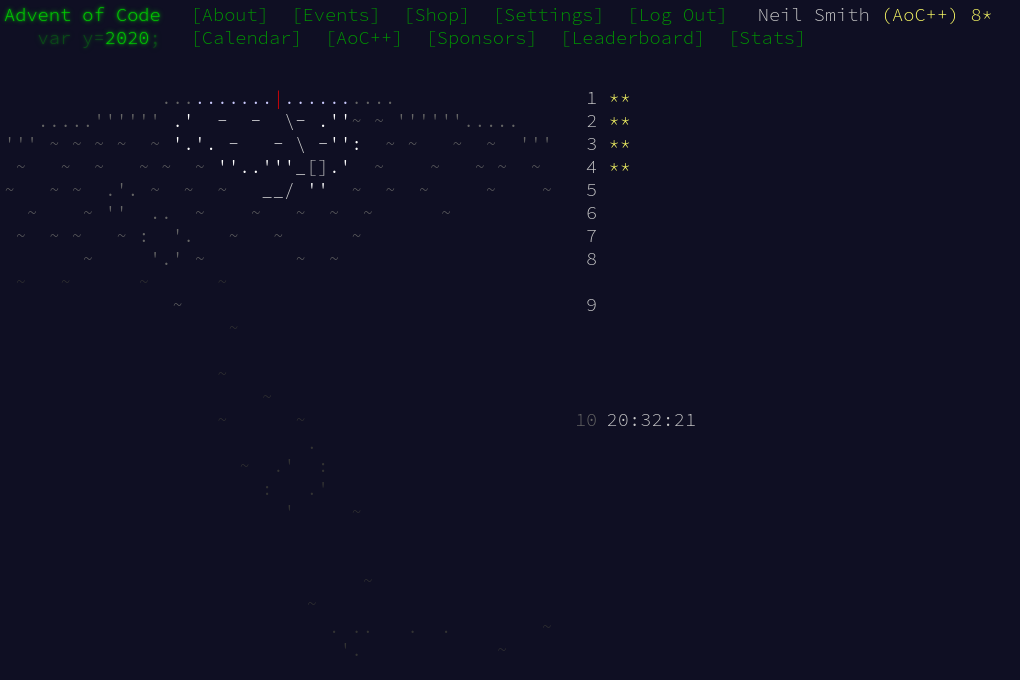 The hardest part of day 4 turned out to be reading the input file!

The problem is that I've been using the Megaparsec library to parse the input. This is a powerful parsing library, but it's been developed to assist the parsing of the languages that humans write. One of the key ideas is that tokens in the parsed filed are separated by spaces, and humans aren't very good at being precise when it comes to what they mean by "space". People can put different amounts of space in places, mix spaces and tabs, throw random line-breaks in the middle of expressions, and so on. That means that Megaparsec is very good at consuming all this white space and allowing you to focus on the actual text in the file.

The standard Megaparsec approach would be to treat all of that as "whitespace" and consume the lot, collapsing all the records into one.

I ended up with a complicated whitespace consumer that only consumed one newline character at a time (using try... notFollowedBy to make sure there's only one newline). This combined with a blankLines parser that accepts only blank lines.

This does the job, but it's pretty fragile in not handling "blank" lines that contain some space characters. But it's enough to do the job for this task.

Now I could read the data, time to validate it. Not knowing what I'd be using the data for, I decided to store each passport as a Map of key-value pairs.

The code is much shorter than the explanation.

This was a bit fiddly. A passport validates if it has all the required fields, and each field passes validation. (As all I'm doing is validating key-value pairs, there was no need to convert the set of key-value pairs from the parser into a Map only to convert it back. Oh well.)

The rest of the validations are pretty much implementing the rules. Nothing much to see here.