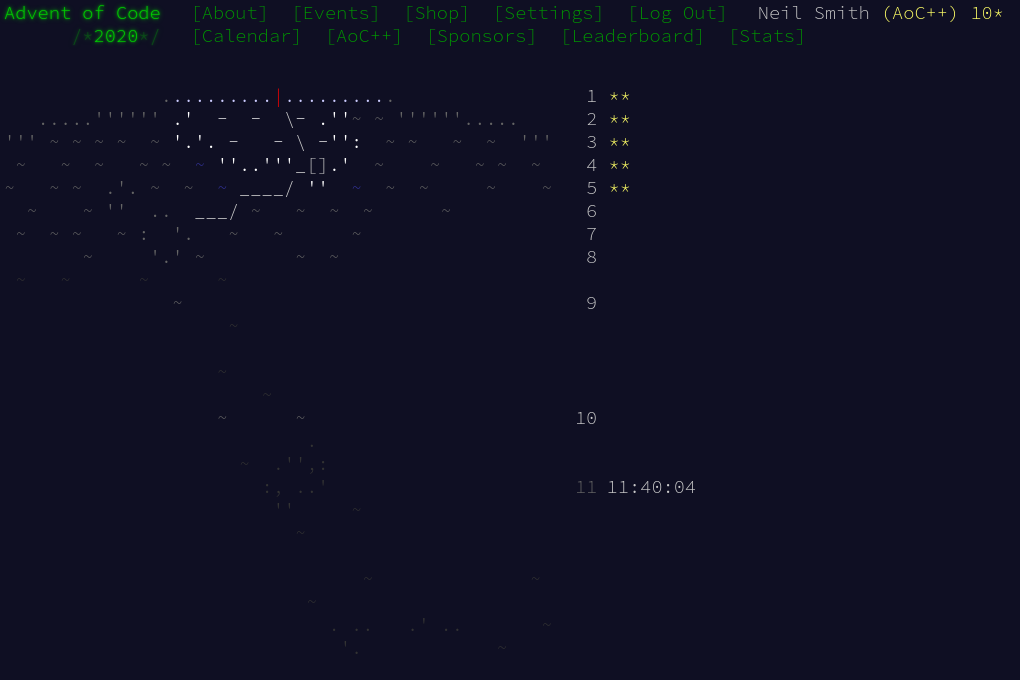 Day 5 was one of a complex description hiding a simple problem. All the guff about boarding numbers and the like obscured the fact that we were dealing with numbers written in base 2: binary. B and R represented the digit 1; F and L represented 0.

Haskell already has a function for converting strings of arbitrary "digits" in arbitrary bases into numbers: readInt. That needs a couple of supplementary functions for converting characters into digits, and it produces more output than we need, but the conversion is fairly painless.

Now I have essentially a list of numbers as input, finding the largest is trivial.

I could have used a Set, but the set-like operations in Data.List were sufficient for this case.