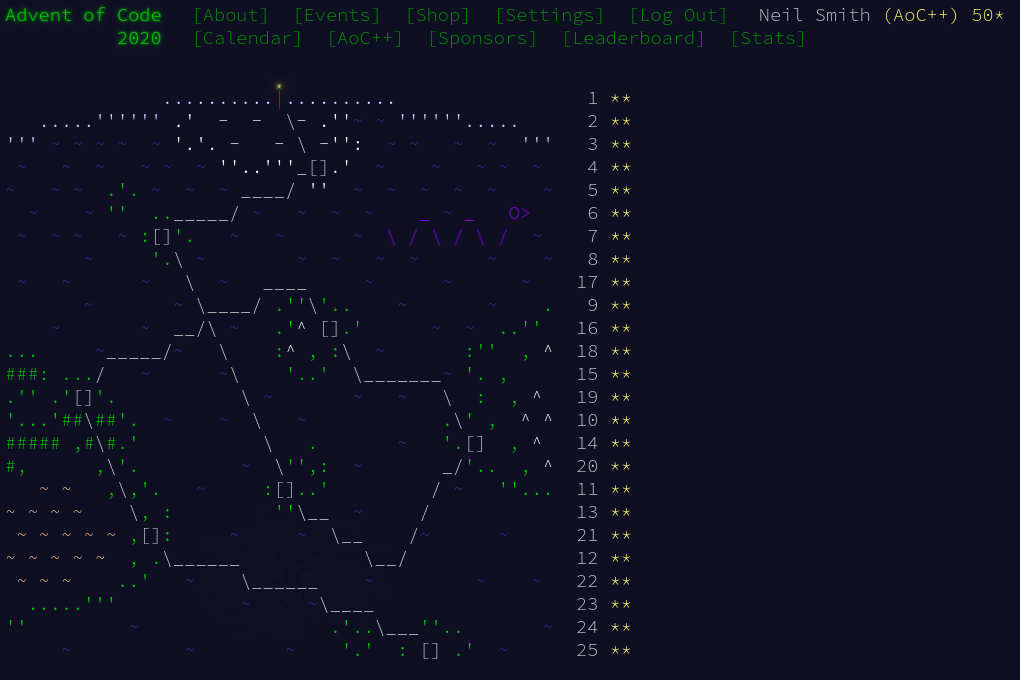 Day 25 was a foray into public key encryption, using Diffie-Hellman key exchange (or should that be Ellis-Cocks-Williamson key exchange?). The idea is one of raising numbers to a power (the power being the key) and exchanging the results.

Luckily, this puzzle only uses small keys, so brute-force solutions are solvable.

I started by looking at the discrete logarithm function in the arithmoi library, but got scared off by the higher-level type signature. But I did get inspired by a Reddit post, of using a newtype for numbers and defining a Semigroup using modular multiplication based on that newtype.

Finding one of the keys was just counting up from 1, multiplying an accumulator until I found the target. I could have used a combination of length $ takeWhile $ iterate to do that, or even an unfold, but I decided to use until again.

All that's left is to find the encryption key, and stimes does that efficiently.

And that gives me 300 stars for the six events of Advent of Code.