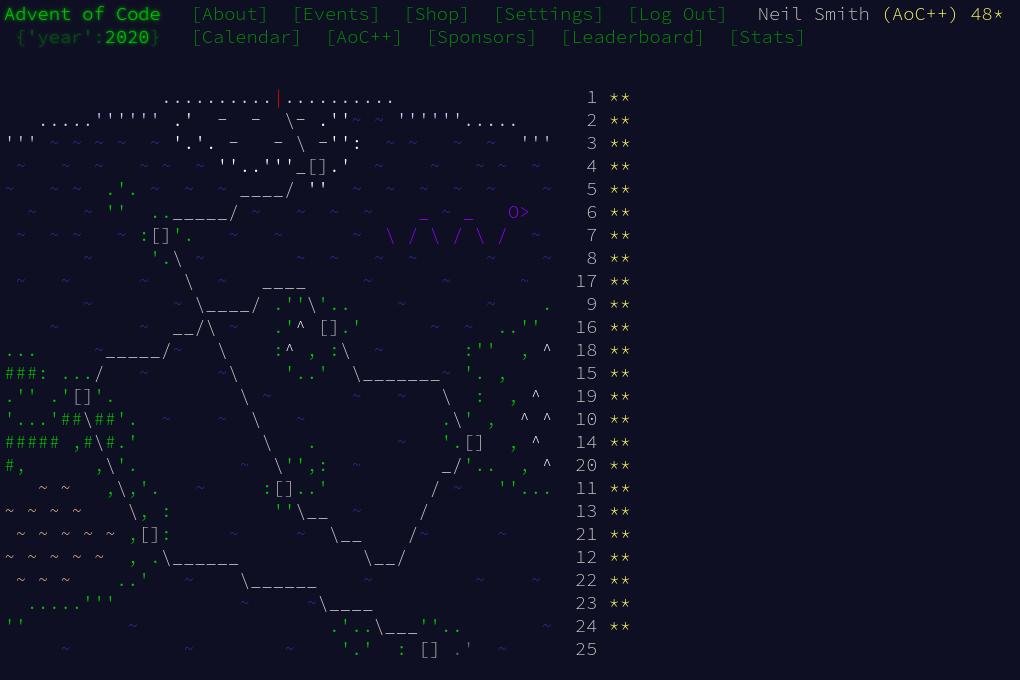 Parsing and data structures were the bulk of the work for part 1. I thought about using the hexGrid library, but decided that I wouldn't take too much advantage of it. Instead I used the same coordinate system and implemented it myself. East-west rows are constant y, and rows from south-west to north-east are constant x. Moving south-east or north-west means changing both x and y. A Tile is defined by its location, given as a V2 two-dimensional vector, and a Grid is a Set of black tiles. There are six Directions, and the function delta converts a Direction into a change in position. Finally, I fix how the elements of a Tile combine to make parsing a bit easier.

Parsing the input file has a couple of subtleties. One is the ordering of elements in the choice, so that "n" and "s" characters are consumed before "e" and "w". The other is the use of the semigroup and monoid instances to allow foldMap to combine all the steps into the position at the end of each path.

All that's left is to create the grid by flipping tiles, then count how many are black.

This is very similar to day 17. As I defined the directions as both Enum and Bounded, I can generate all the neighbours of a point by enumerating all the directions.

After that, it's all much the same as before, but with the grid updating by adding newly black tiles and removing newly white tiles.