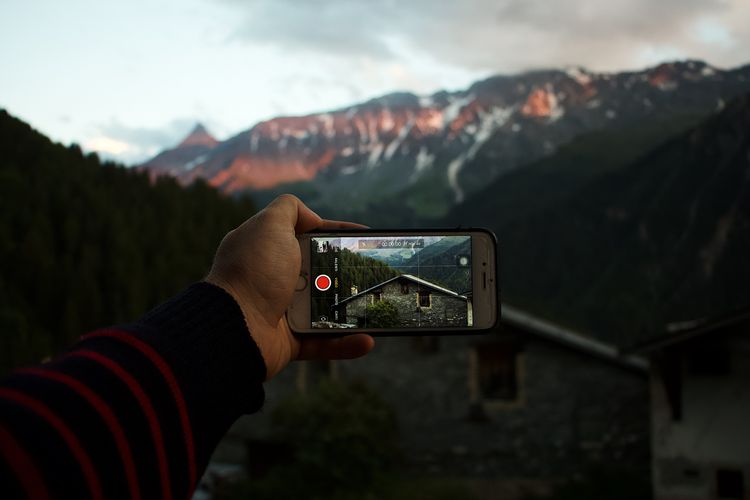 Back in part 1 of this series, I said that git is a distributed version control system. But so far, I've only been talking about a single user contributing to a single repository. When you have multiple people working on the same project (or even on person working on a project on multiple machines), you need to understand distribution in git.

Generally, a team organises around a shared repository hosted on some server. Individual developers take a copy of a repository, work on it, then push the changes back to the central repository (there's a lot of detail about exactly how that happens). Once there, other team members can pull those changes back into their individual, local repositories. (It's possible to have direct peer-to-peer communication between repositories on developers' machines, but that's not common.)

Sites like Github and Gitlab offer a convenient home for those central server-hosted repositories. They're well-known, easy to use, and can offer a showcase for a project or a team. These servers also act as a home for off-site backups of your own projects.

In this post, I'll use Github in the examples. Gitlab is very similar.

Dealing with remote repositories has some technicalities, and there are different ways of dealing with hte challenges. I've split the topic into three posts.

The plumbing: transfer protocols and keys

Before we can dive into using remotes repositories, we have to understand how data moves between them, and is authorised. We don't want to allow our repositories to be vandalised by anyone on the internet, so we need to know now to authorise certain people (including us!) to write to our repositories.

Git uses two protocols for moving data between remotes: https and git. The https protocol is good for allowing anyone to read and copy a repository, but you have to provide a username and password when you want to write to the repo (though tools like Github Desktop will remember the passwords for you for a while). git uses ssh keys, secrets shared between your computer and the remote site, to authenticate you for reads and writes. It takes a bit more effort to set up, but you don't need to enter passwords all the time.

In this post, I'll assume you're using the git protocol for moving things around.

If you haven't already, install Github Desktop. Ideally, tell Github about your SSH keys as well.

Now you have the general idea, it's time to start looking at the detail of how these different repositories interact.

Cloning a repository will make a copy of a remote repository and place it on your local machine. It will also create a remote reference to the source repository, which it calls origin. (origin is just the default nickname for the remote used to clone this repository; you can name remotes anything.)

The git remote command tells you about the remote repositories that git knows about.

Each individual repository tracks its own branches, as we've seen in earlier posts. With remotes, git also tracks some of the branches in the remote repositories (the remote tracking branches). Push, fetch, and pull commands send updates between these remotes. The Git book has a good section explaining the detail of remote branches. In this post, I'll take you though some examples of how to use them.

The first step is to create a remote repository on Github and connect it to your local repository. Find the + button at the top-right of the Github page and create a new repository.

Call your repository what you want. I'm using git-workshop, so the URL of this repository is git@github.com:NeilNjae/git-workshop.git. You can find this by clicking on the green "Code" button.

Next, push the local copy of your repository up to Github. You do this in three stages:

A look at the log on your local repository should show the new remote tracking branch, shown as origin/master.

If you now refresh the repo's page on Github, you should see your files there, but only the master branch: your capitals branch (and any others you've created) remain only known in your local repository.

If you want to add a new person to a repository, you'll need their Github account name (or email address). In your repository's home page, click first on Settings at the top right, then Manage Access on the left, then the green Invite Collaborator button at the bottom. Type in their account name, and they should get an invitation to participate in your repository.

If you're on your own, you already have access to your own repository.

In either case, you will have two identities set up to access the same repository. I'll call them Alice and Bob. Alice is the one who initially created the repository. Bob is the new person who will be collaborating.

Before Bob can do anything, he'll need a copy of the repository on his own computer. Copying a remote repository to your local machine is called cloning.

To clone a repository, click on the same green "Code" button and get the repo's URL. Bob then needs to open terminal/shell on his computer and change to the directory that will be the parent of the local copy of the repository.

If you're doing both halves of this on your own, it'll be easier if you open a new terminal window for Bob. Make sure that the Bob terminal is not in the same directory as Alice's repo, or in a sub-directory of Alice's repo. I suggest using this structure:

Once Bob has is own directory, he can clone the repository.

Cloning creates a new directory and places the cloned repository in it. The directory structure will now look like this:

To make things easier to see in the logs, I suggest changing the user names used in each repo.

Bob can now change into this directory and see what branches are there.

That means there are two sides to remote working: multiple developers working on an existing branch; and one developer publishing a branch so that others know about it and can work on it.

Now we've seen how to set up remote repositories, the next post will show how to use them!