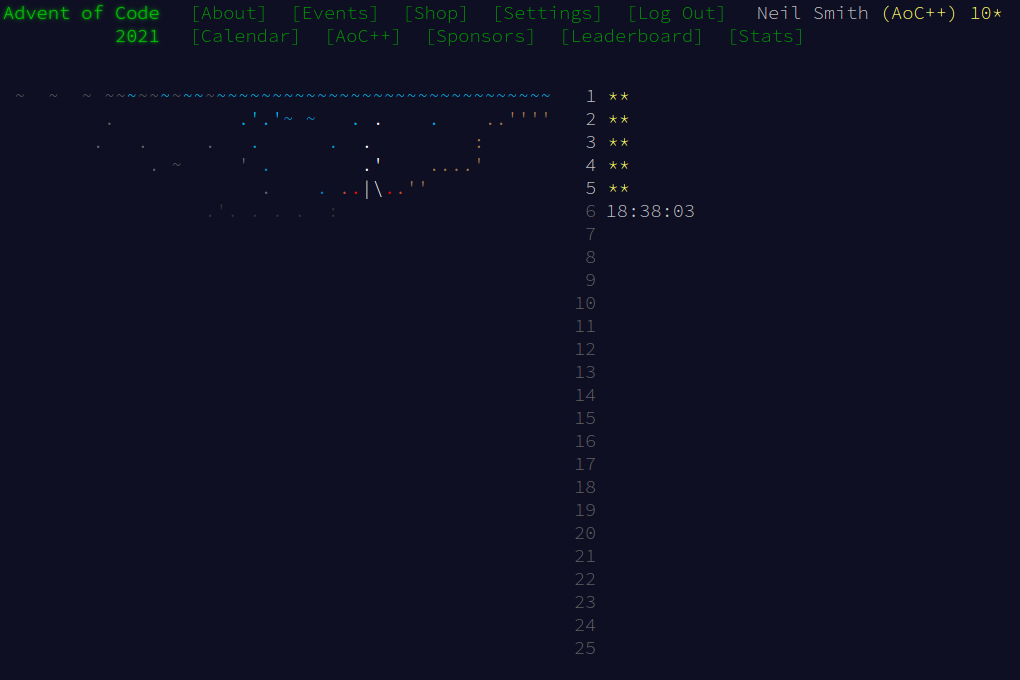 This being a problem with coordinates and counting intersections, I built my solution around a Map from Points to Ints (the counts of the number of lines crossing each point). A Point comes from the linear package, the V2 object for two-dimensional points.

That gives me these data types, and the parser to read them.

The other operation is to expand a line from the two endpoints to the set of points it represents. I can define a delta for each line, how the location changes at each step along the line. The constraint that lines are horizontal, vertical, or at 45⁰ means the components of that delta are the signum of the differences between the line ends.

Expanding the line then becomes repeatedly applying the delta to the starting point, taking enough points to include both ends.

To find the counts, I expand all the lines into points and include them in the diagram with nested folds around M.insertWith. I find the answers by filtering the diagram and finding its size.

Part 1 becomes slightly more complex, as I have to include only the horizontal and vertical lines. A quick predicate to define the lines to include, then a filter to retain only the lines I want.