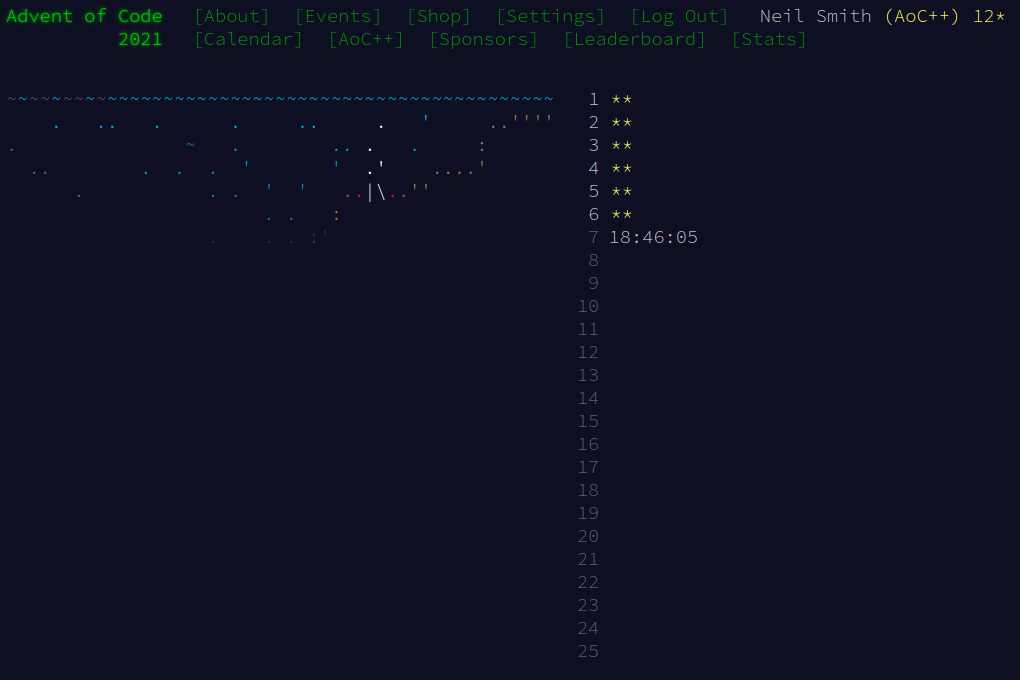 Day 6 was the first of the puzzles where the challenge was dealing with large numbers. It even says in the puzzle description that it's modelling exponential growth, with a doubling time of around 8 days.

For 80 days, its enough to model the population directly as a list of the fish ages. That's the same data structure as the input.

I iterate the generation function to produce an infinite list of fish populations, then take the 80th day and count the fish.

Part 1 generates about 10⁵ fish, so that explicit approach is fine. Part 2 ends up generating about 10¹² fish, so we need another approach.

Rather than tracking each fish individually, I track groups of fish. The example in the puzzle description (after 18 days) can be described as in this table.

Importantly, this table will only have at most 8 entries, as there are only 8 possible ages of fish. Generating a new generation is just creating a new 8-entry table.

I call this sort of table a Shoal, and use the convenient IntMap to store it. I build a shoal from a list of fish by sorting the list, grouping like elements, then converting them into the assoc list for M.fromList.

Ageing a shoal has a wrinke, as both fish of age 0 and age 7 become fish of age 6. Birthing new fish is just finding the number of existing age 0 fish.

Finding the population at a given generation is the same as before: iterate to find all generations, !! to pick out the one we want.