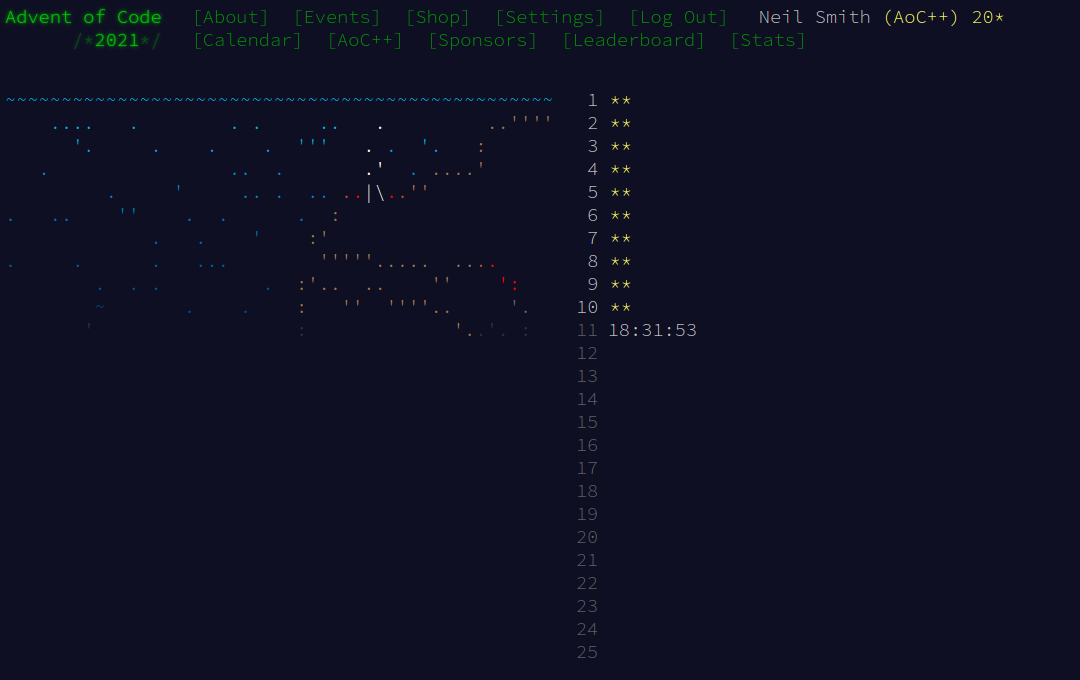 Day 10 was one where solving part 1 gave you part 2 just about for free.

I found this easiest to think about by considering what would need to be in place while part-way through parsing a chunk.

We need to have a stack of the closing characters we're expecting to see, in order. That stack represents the successful parsing of the input line so far. We're given the next character to assess (and the rest of the text following it). There are five cases:

This gives us three parse results, which I'll name in the form of a new data type.

The five cases are found with the parseChunk function.

I also have the closingChars Map to tie opening and closing characters together. Only valid opening characters are keys in the map, so a successful lookup shows if the character is starting a new chunk.

The next thing to consider is that a line may contain more than one chunk at the top level (even though there were none in my input). That requires a parseLine function and a parseChunk0 function to start the parsing of a chunk (parsing a chunk starts with an empty stack, but I don't want that to trigger immediately calling the empty chunk complete and therefore not consuming any input).

A conscientious handling of the input means that I now have everything needed to answer both puzzle parts. I parse each line, filter the corrupt or incomplete lines depending,  and calculate the scores. If you want those details, look at the code.