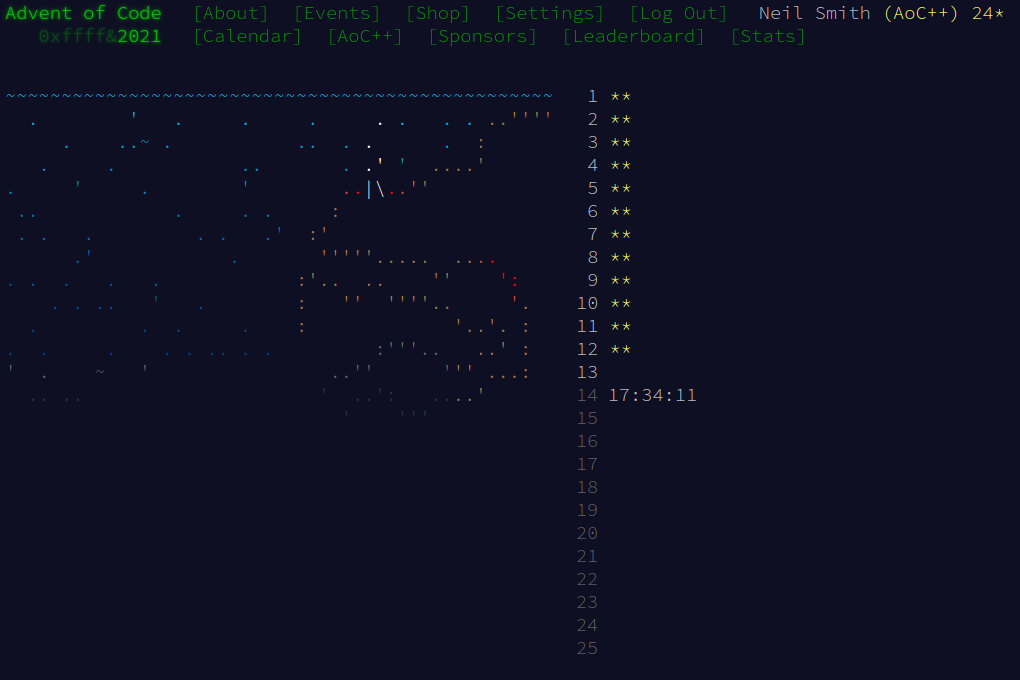 Day 12 had some fiddly bits, so things ended up fairly complex. In essence, the problem is an exhaustive search for paths on a graph, but the rules on revisiting nodes makes for complex code. In addition, the extension task for part 2 was such that it ended up easier to solve part 2 first, then extract just the solutions that were valid for part 1.

As with all search-type tasks, I find it easier to think about the problem as having an agenda of partial paths, with the agenda being updated as the search progresses.

The allPaths function finds all the paths in the cave complex. It takes as input the graph (the cave complex), a Set of partial Paths, and a Set of the completed routes found so far. It extracts an arbitrary element of the agenda, extends it if possible, then adds the extended paths back into the agenda. If the path ends at the end cave, the path is added to the set of results.

All the tricky details are handled in extendPath. It's given a Path and returns a Set of new Paths that lead on from it. There are a lot of things to check, so the logic here needs some explanation.

There are two types of extension:

To handle the first case, I find all the neighbours of the current cave, remove all the ones in visited, and create a new Path for each.

To handle the second case, I check that we've not already used our "return to a small cave" exemption (returned == Nothing), then extend the path for every reachable small cave we've already visited.

In both cases, I update visited if I'm currently in a small cave.

It's a fiddly mess.