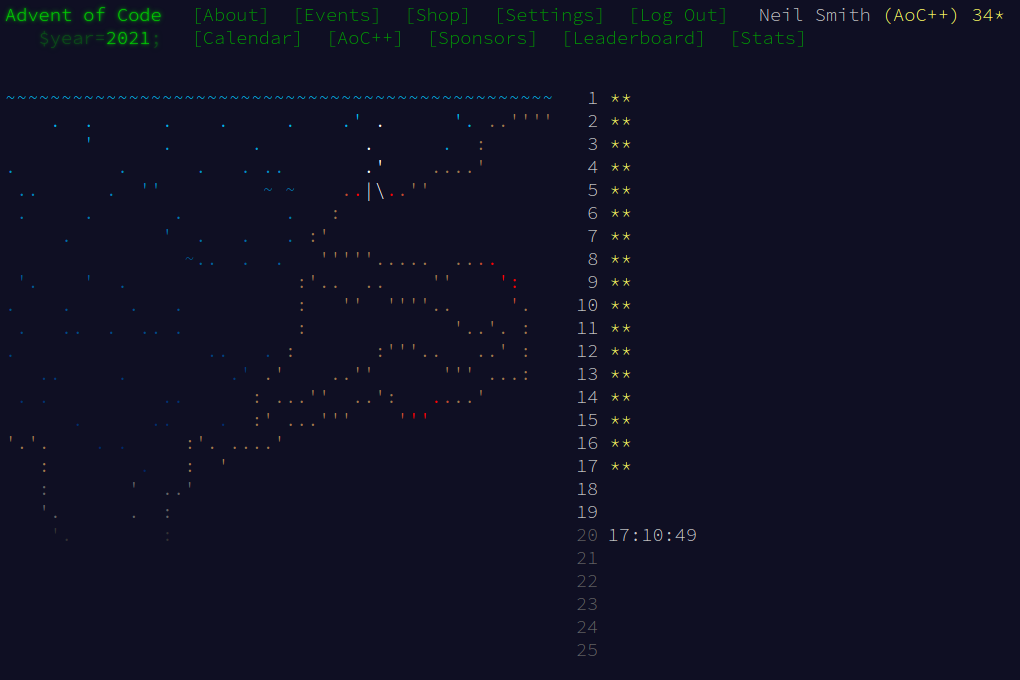 Day 17 was a much cleaner and neater solution than the previous few days. I based this around the inRange function from Data.Ix and the Ix class, and using the fact that V2 is a member of that class.

The probe simulation was direct translation of the problem description (and using lenses again). step does one step of the simulation.

A bit of thinking about the problem gave some bounds on the problem. The probe had to stay within the region bounded by x = 0 and the far edge of the target, and the maximum height and the bottom edge of the target. As soon as the probe went outside this area, I could tell whether it hit the target or not.

Therefore, a probe's trajectory is the iteration of steps so long as they're within the viable region. A trajetory hits the target if any position is within the target's bounds.

To count the number of trajectories that hit, I need to find all the sensible starting speeds, simulate them, and see which hit. All that's left is to find the starting trajectories.