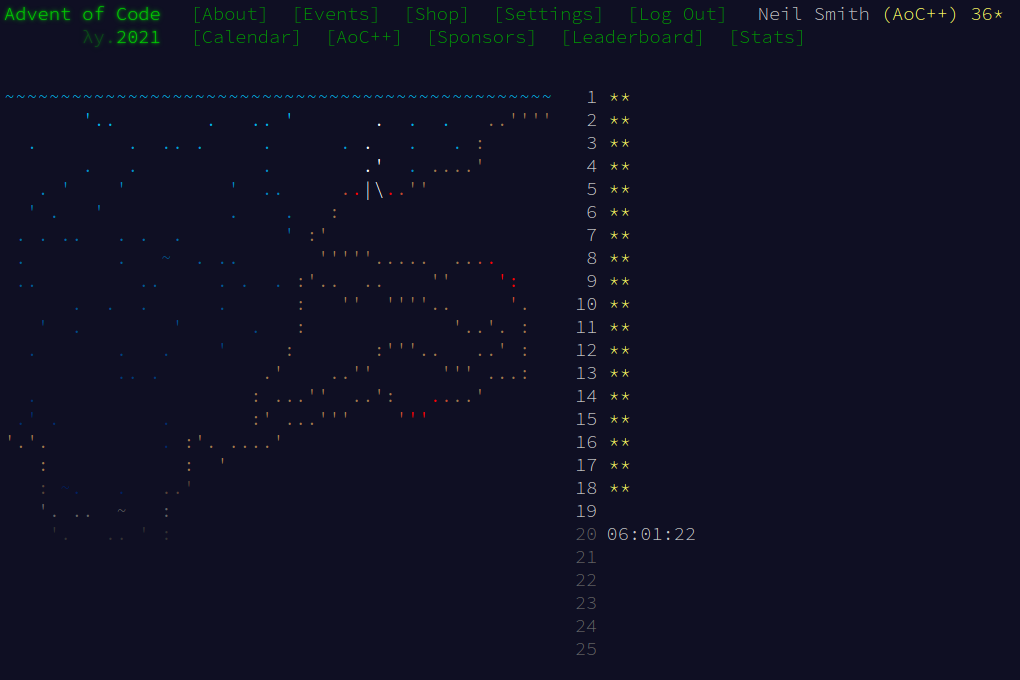 Day 18 was all about zippers!

The idea of a zipper is to represent some data structure together with a "point of interest" or "focus". The zipper makes it easy to manipulate the focus element and move around the structure to relative positions. For a tree, the zipped tree is a pair of (current element, surrounding tree) and we have the functions left, right, up (to move around the tree), and modify (to change the current element). I took the implementations of these from the Haskell wiki page.

The data structure and parser is pretty much determined by the problem, so I won't comment on them much here. Note the bespoke show instance for numbers.

(I referred to /u/ThreeFx's post while writing my solution, even if I did end up veering quite a way away from that one.)

I'll do splitting first, as that's easier. The idea is to find the leftmost splittable element in the tree, then modify the tree to replace the element with a pair.

First is to find a splittable element. This is a function from a Tree to a Maybe Loc, returning Nothing if there are no splittable numbers. splitable wraps the tree in a context then recurses into it with splittableC.

If that's given a Pair, it looks for splittable numbers in the branches, exploiting that Maybe is Applicative so <|> handles the alternatives nicely.

Exploding a number is much more involved.

Finding the pair to split is much the same as above, but using a counter to track now many layers deep to find the pair.

The complications come with finding the tree elements that are modified during the explosion.

Given a pair that explodes, I need to find the rightmost leaf that's to the left of this pair. I find that by going back up the tree until I find where I took the right branch at a pair. I then take the left branch of that pair and follow it down, always taking the right branch. If I get to the root of the tree without finding branch to the left, I return Nothing.

Finding the leftmost number on the right is the same, but with left and right swapped.

Actually handling the explosion is complicated, due to the fact that there may not be receiving numbers on either side. I tried using a do block to chain together all the Maybes, but that just meant that one missing number led to the whole explosion failing. The closest I got was a use of >>= to string together a couple of functions of type Loc -> Maybe Loc.

I also have to re-find the exploding pair after every update, to ensure that all the changes follow through to the end, hence the p0, p1, p2, p3. I could have reified the path itself, with functions to extract a path from one structure and reapply it to another, but this approach was good enough.

After that, reduce is the repeated application of explode and split. Again, I use that Maybe is Applicative to simplify handling the priority of exploding over splitting.

Given all that, solving the actual puzzle is very simple!

Finding the magnitude is a simple tree walk. Adding all the numbers is a fold, finding the maximal pair is just that.