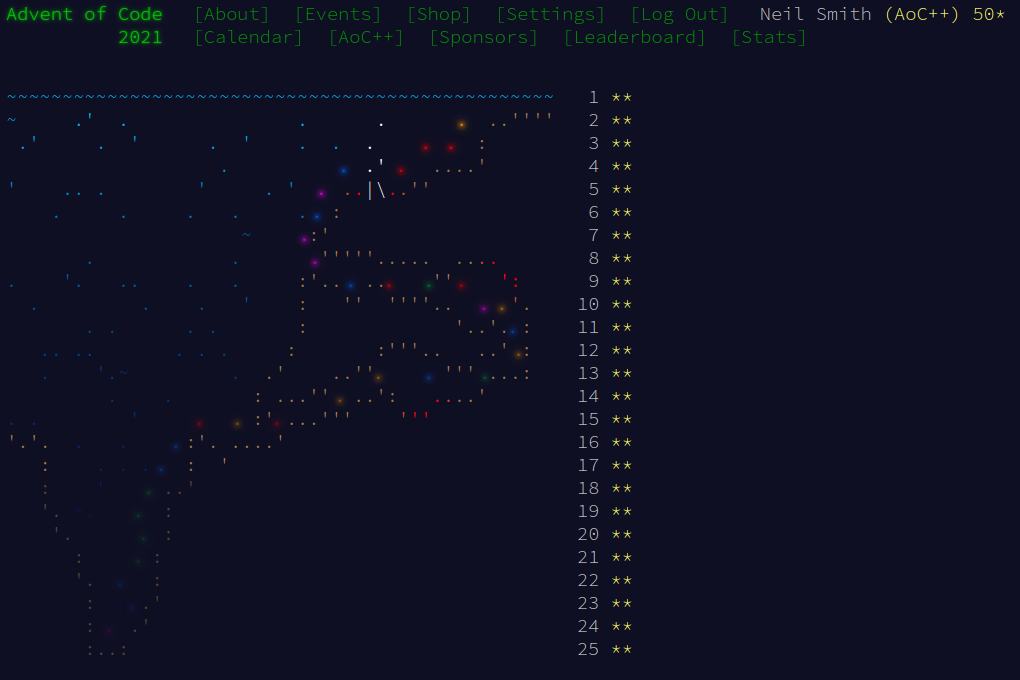 I've used arrays before, as in day 15, to represent grids. But this time I decided to store the grid as a Map, treating it as a sparse array. I also created a Grid data type to hold both the cucumber locations and the bounds of the grid.

Reading and displaying a grid was done with list comprehensions.

Given those data structures, I wrote the rest of the code by building functions that gave me the features I needed to do the simulation.

I find space ahead of a cucumber by adding a delta to the cucumber's position (depending on its type) and wrapping the result to lie in the bounds.

A cucumber canMove if the space ahead is vacant. A grid is blocked if no cucumbers can move (this is the condition to stop simulation),

I need to advance the east-facing and south-facing cucumbers separately, so there are functions to separately identify those cucumbers and advance them.

I can advance some cucumbers by finding the once that can move, and are facing the desired direction. Each of those cucumbers moves ahead and the moved cucumbers are joined (with union) with the cucumbers that didn't move. That gives the new grid.

A step of the simulation the the composition of a southwards advance applied to the result of an eastwards advance. The step is maybe taken, depending on whether the grid is blocked. Finally, I simulate the cucumbers by unfolding the initial grid into all its subsequent states.