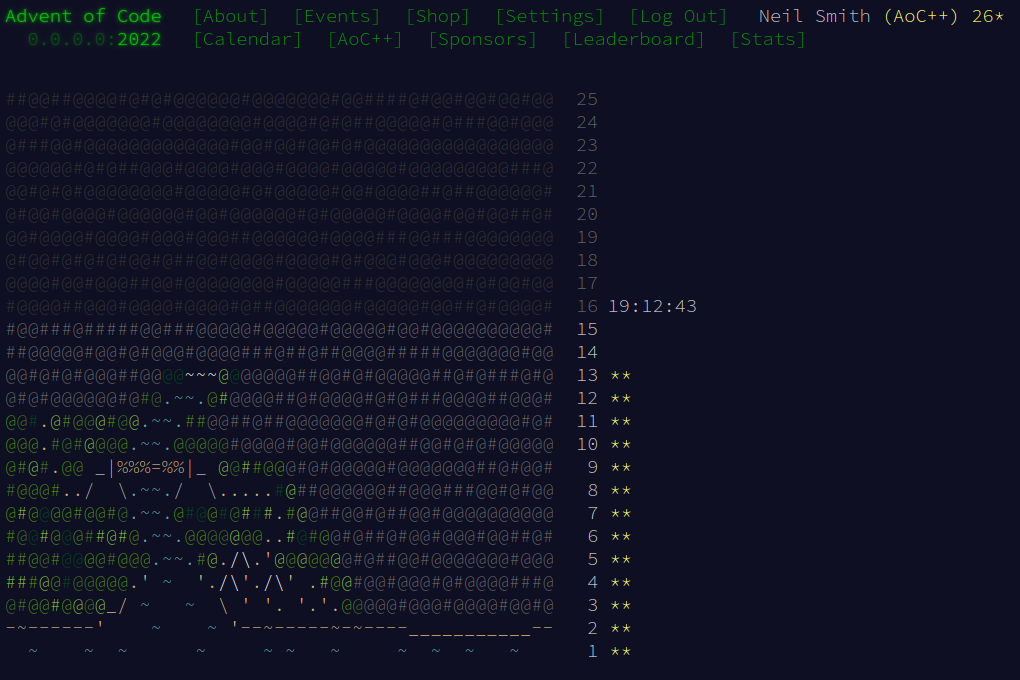 Day 13 was the first real foray into Haskell's typeclass system, with the implementation of an Ord instance for a custom data type. Some functions in Data.List made the rest of the processing easy.

The problem wanted me to define an ordering for packets, so I had to be able to represent packets. This required a new data type, and a parser for it.

Next was to define how packets should be ordered. This was the definition of the Ord typeclass for this type. I chose to define compare, following the rules given in the problem description. The definition of this function allows Haskell to provide all the other comparison operators for this data type.

For part 1, I used uncurry (<) to convert each pair into the Boolean showing if it was correctly ordered, then find the indices of the True values (adding 1 to each to make it one-based numbering.

Because Packet is an instance of Ord, the standard sort function works on lists of Packets. That meant part 2 was just finding which elements of the sorted packet list were dividers, then multiplying them.