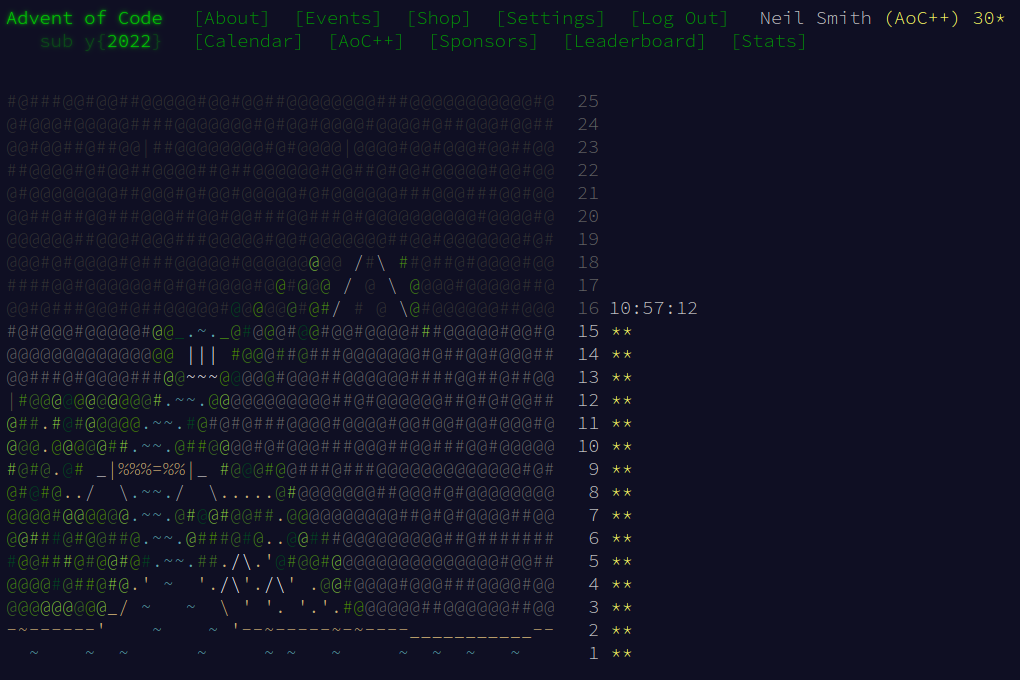 The field of possible locations is far too large to represent explicitly. But all I need to do is determine whether a beacon could be hidden in a particular location. That's a function of Position -> Bool. Therefore, I decided to represent all the regions as functions, with the newtype Region.

A Region contains the function I need: a Region defines the area where there cannot be a beacon. getRegion allows be to extract that function from the Region so I can use it.

A bit of preamble, to set up positions and find the distances between points.

The nearby function creates a Region for a Sensor. The Region contains a function that determines if a point is within the "forbidden zone" of a sensor.

But now, to find how sensors and their regions overlap.

Haskell has some standard machinery for combining things: semigroups and monoids. The semigroup defines how to combine two (or more) things, and the monoid shows what happens with no thing.

I want to combine regions, so I define instances for semigroup and monoid. When regions r1 and r2 overlap, a point is forbidden if it's in r1 or r2. If there are no regions, points are never forbidden.

mconcat combines a list of things in a monoid. I use that to find the entire forbidden region, the coverage of the sensors:

A point is forbidden if it is within the coverage. I can ask about a particular point with the function call getRegion coverage point, and the result shows me if that point is in the overall forbidden zone.

From that, I can use the range function from Data.Ix to identify all the possibly-forbidden points on the row of interest, remembering to remove the points that are occupied by sensors and beacons!

The direct way to do this is to something similar to part 1, but rather than working on a particular row I should test every point in the search range.

That means I need to find the points that are just outside the forbidden zone of one sensor, which involves a bit of faffing with Enum ranges to get the points.

Combining these for all the sensors, and filtering to be within the given zone, gives about 4.9 million points to search, about one-four-millionth of the size of the entire search region.

It still takes about three minutes on my machine, but it doesn't seem to use multiple cores. But anyway, there's no real optimisation here.