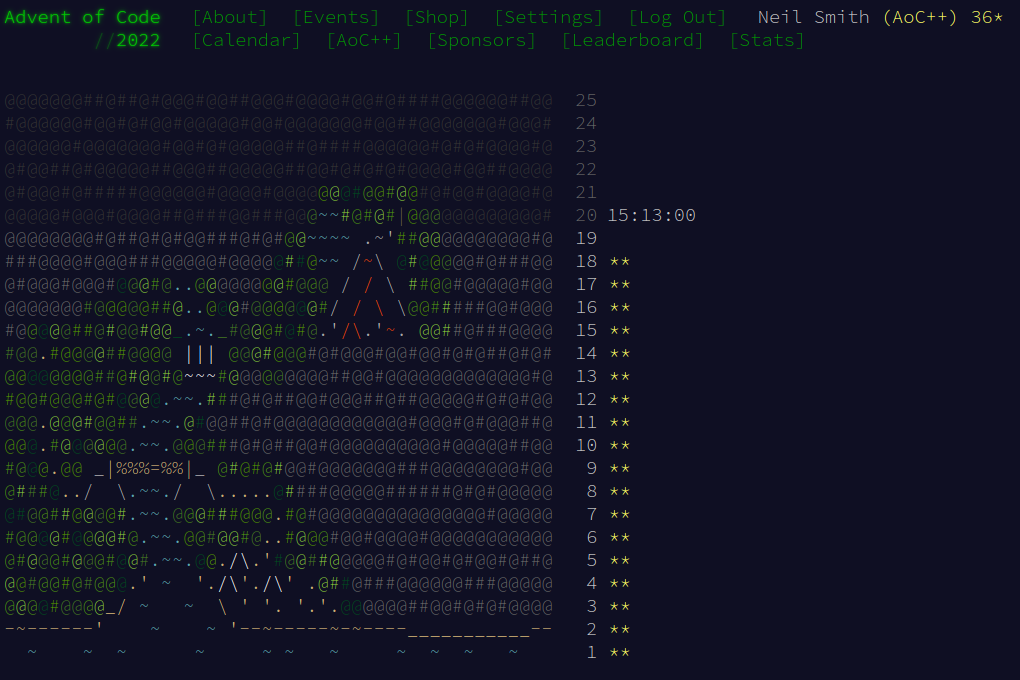 After the past few days, day 18 was a bit of a relief! I wonder if this was intended to be a day where people could catch up?

This is again direct. I have a droplet (a three-dimensional point) and some lava (a set of droplets).

The neighbours of a droplet are the positions at ±1 in each dimension.

The surface area contribution of a droplet is 6 faces, -1 for each neighbour that has a droplet. The only wrinkle is converting the lava to a list so it doesn't collapse the result to just the distinct areas.

I started by thinking about how to find if a point was completely enclosed in a polyhedron, but then realised there was a more direct method.

The box is a bit larger than it needs to be, to ensure that the steam can reach all the surfaces of the droplet.

"Filling with steam" is a standard flood-fill process, with a boundary and a set of steam-filled locations. As a point in the boundary is processed, its neighbours are added to the bounary so long as they've not already been processed, are inside the box, and aren't a droplet of lava.