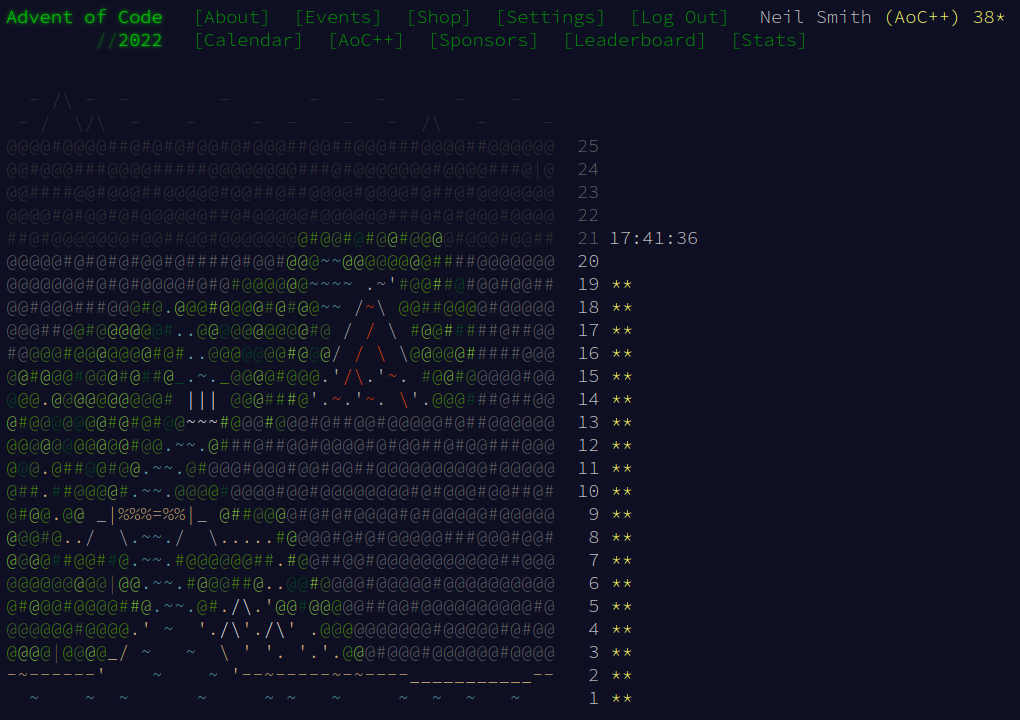 Day 19 was a bit of a beast, with the hard day 16 revealed to be the warm-up! See the day 16 writeup for a description of search.

I have a suspicion that a more planning-inspired approach would work better here, working backwards from the resources needed to build geode-gathering robots. But when all you have is a hammer...

The input was complicated, so parsing was complicated as well. Still, I think the combinator-based approach is easier than using regular expressions or a load of split type instructions.

Search follows the standard A* algorithm. There are few successors for each state, but the difficulty lies in that the search has to go through a lot of states before there's any apparent progress towards gathering geodes. I did think about adjusting the reward function to focus search on states with more robots, but just throwing compute at the problem was enough.

The only optimisation I made was one I picked up on Reddit, which is that the "rate-limiting" step is the rate of robot production. That means there is a limit to the number of robots that you need. In the example's blueprint 1, you can consume at most 4 clay each minute so there's no point having more than 4 clay-gathering robots.

This would have worked better and sooner if I hadn't mixed up the order of arguments to MS.difference, meaning that I was throwing away almost all resources every time I built a robot!

I couldn't get this to work for part 1, due to Haskell's laziness. Haskell was keeping the searches as large unevaluated thunks, ready to be resolved once the answer was needed. However, I wanted the parallelism to be strict, and for Haskell to eagerly generate the results of each blueprint's evaluation.

The parallel approach ended up conuming all the RAM on my machine and killing the process. I could have fixed it, but it would have taken too long to dive into what was happening.