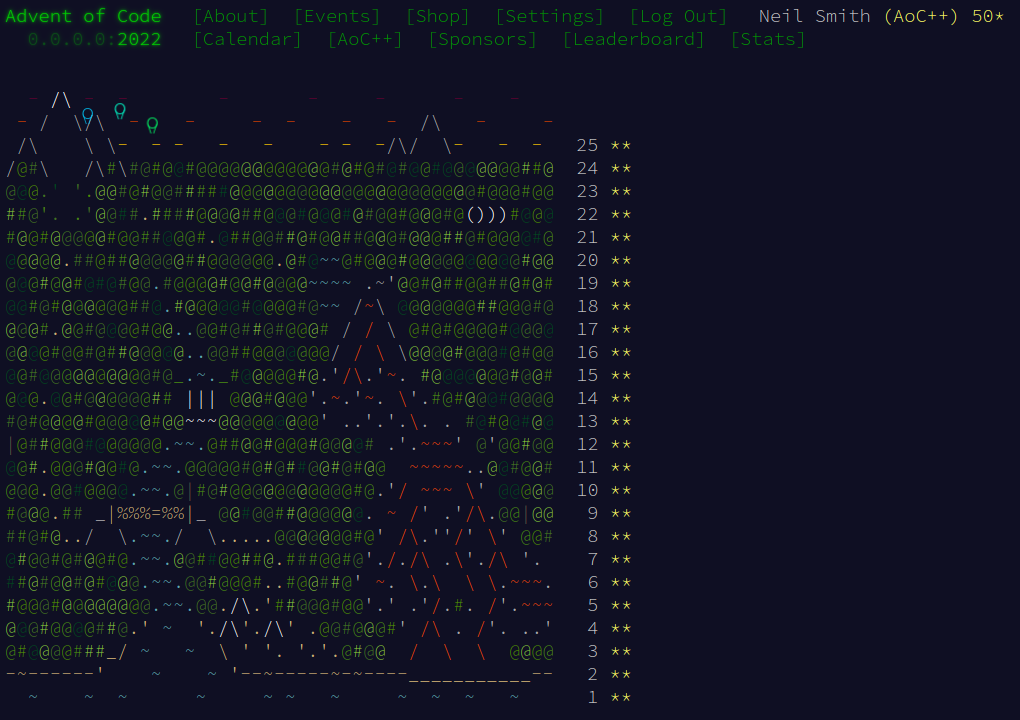 Day 25 was the Advent of Code tradition of a one-part problem, even though this had two parts. (And it wasn't until after I'd done this that I found the name for this kind of representation: balanced numbers, such as balanced ternary.)

The conversion from SNAFU numbers to decimal was just like any other base conversion: read a digit, multiply by the base, convert the rest.

The conversion from decimal to SNAFU took a bit more thinking. Eventually I worked out that, once you'd fixed the least significant few digits, those wouldn't change as more significant digits were added.

I took a long-winded approach of converting the number into a list of base-five elements (from least significant digit to most significant), then converting each digit in turn. If a digit was 3 or 4, I added a carry to the next digit.

And that was it! All over for another year.