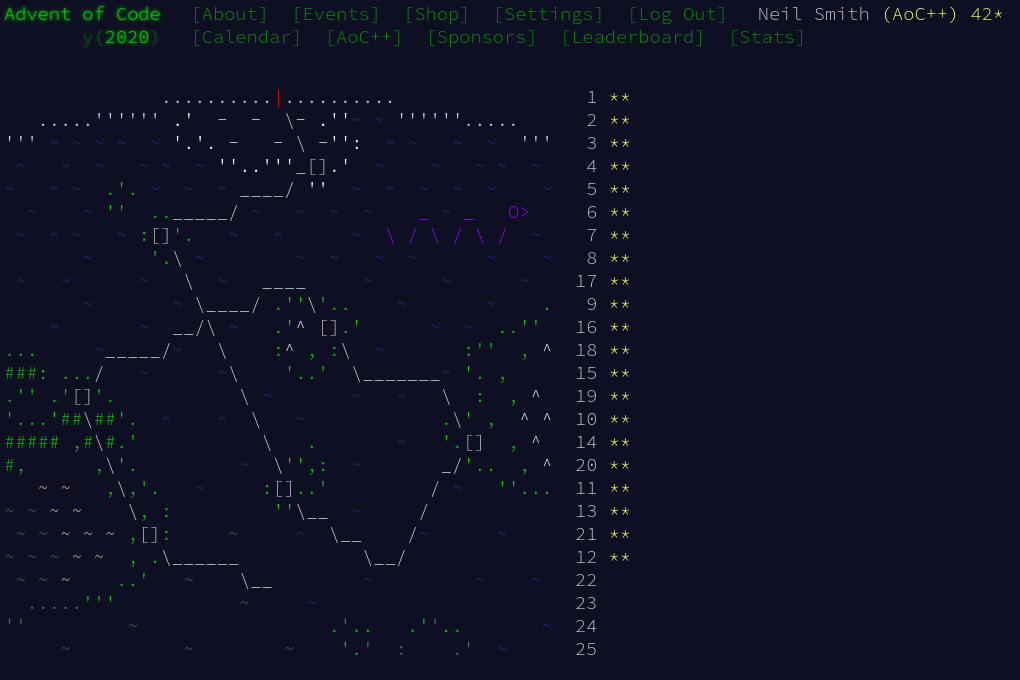 After the complexity of day 20, the solution to day 21 was confusingly simple. I repeatedly tried to solve it, got myself tied in knots, realised what I was doing was simpler than I thought, and tried again. The key, eventually, lay in the data structures.

A Food comprises a set of Ingredients and a set of Allergens. The key data structure is the CandidateIngredients, a map from an allergen to the ingredients that could contain it.

Parsing the input is simple enough.

The first step is to identify the candidate ingredients, the ingredients that could contain each allergen. From the example foods

I can create one CandidateIngredients map for each food:

Creating a CandidateIngredients map for a single food is a one-liner, as is combining the maps into the final map.

It took me a while to realise the solution to this problem was a simple as this!

Given the candiates, both tasks become very simple.

For part 1, I remove the unsafe ingredients from each food, count how many are left, and sum the results.

Part 2 is an even simpler constraint satisfaction problem than day 16: allocate one ingredient to each allergen so that each allergen has a distinct ingredient. I just reused that CSP solution: