Breaking Caesar ciphers with a spreadsheet 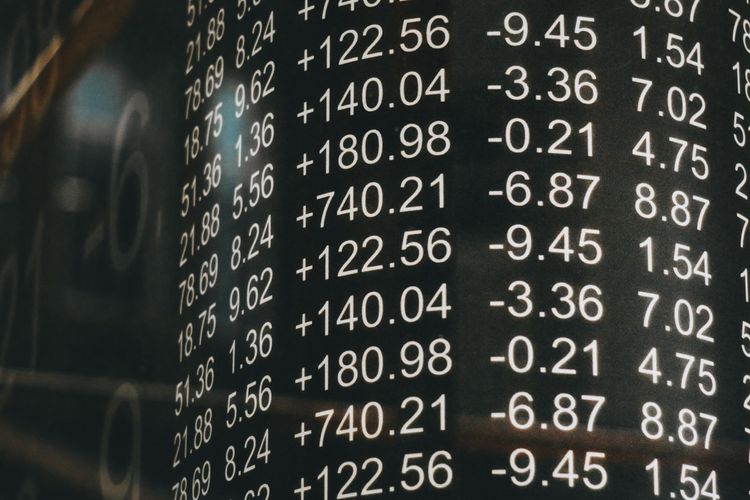 You can follow along with a copy of the spreadsheet on Google Drive. You'll find this post makes a lot more sense if you can see how all the bits fit together in the spreadsheet, as well as being able to see the results of the formulas used. Make your own copy of it if you want to break your own messages.

(Contents)
At the top of the spreadsheet, in cells B2 to B6, is the "dashboard" summarising the cipher breaking.

To use the spreadsheet, you put your ciphertext, in all uppercase, in cell B2. The spreadsheet will then break the Caesar cipher and show you the key and broken plaintext in cells B4 and B6.

In this spreadsheet, we use case to separate plaintext and ciphertext. Plaintext is lowercase; ciphertext is uppercase. This becomes important when it comes to converting between the two in the spreadsheet.

(Contents)
Just below the dashboard area is a copy of the alphabet, the log probabilities of each letter, and the counts of each letter in the ciphertext.

This fragment of spreadsheet looks like this, where the bold letters and numbers are the cell references. In this example, cell B9 holds the number -2.54 and cell D10 holds the letter c.

Row 9 is the log probabilities of each letter. These numbers have been truncated in the fragment above, just for clarity.

Row 11 is the count of each letter in the ciphertext. Each cell in the range B11:AA11 contains the formula

where the B10 in the formula is the cell above[1].

Each of cells G5 to G30 contains the formula

(Contents)
Simply all the shifts for the Caesar cipher, 0–25.

(Contents)
Each cell in this block says what each plaintext letter would be, with the Caesar shift given in the corresponding row in A16:A41.

Cells B17 to Z17 each contain the formula =C16 to =AA16: in other words, the content of the cell one above and to the right. Cell AA17 contains the formula =B16. Together, these formulas rotate the row above one space to the left, with the leftmost cell of the block moving to the right.

(Contents)
This block calculates how many of each letter would have been in the plaintext, for a given key.

For each of these possible plaintexts, we want to count the number of as, bs, and so on which occur in that plaintext.

At first sight, you'd think we'd need to do 26 decipherings and then count the letters. But we can short-cut that process by relying on the regular pattern of the different Caesar shifts.

AC16:BB16 holds the counts for a Caesar shift of 0. This is just the same counts as we calculated in the alphabets and counts section where we counted the letters in the ciphertext.

Therefore, and in much the same way as we did with the shifted plaintext letters, we can fill this block with copies of the cells AC17:BB17.

(Contents)
Now we know how many there are of each letter in the different possible plaintexts, we can work out how much each letter contributes to the overall probability of that plaintext occurring by chance. We do that by just multiplying the count of each letter with the probabilities in the Alphabet and counts block.

(Contents)
We're past the worst of it now. This block just sums up each row from the plaintext probability block. Column CF is just there to make the next step a little easier.

This is where we find the shift which corresponds to the proposed plaintext which looks most like English.

Cell CE41 just finds the highest probability of all the plaintexts.

Cell CF41 uses the VLOOKUP ("vertical lookup") function to find the shift which generated this probability. It makes part of a spreadsheet behave like a Python dict or, more generally, a lookup table.

The range is the important part: it's our lookup table. As this is a vertical lookup, the table should be organised as a bunch of rows[3]. In each row, there is a key and a value. We'll use the key to find the corresponding value. The range parameter should encompass the whole lookup table, keys and values together.

The keys have to be in the first column of the range, the lookup table as a whole. The index tells the function which column in the table holds the value to return, counting from 1. This is for cases where the lookup table cells contain some intermediate values in columns between the keys and values we want.

The is_sorted parameter should be True or 1 if the keys are in sorted order. If the keys are sorted, searching is faster. In this case, the keys aren't sorted so the spreadsheet has to look through them all.

Finally, the search_key is the value of the key we're looking up.

In this situation, what this means is, "look for the highest probability in the list of probabilites, and return the shift in the same row." In other words, find the best Caesar shift of our ciphertext.

Each column in the shifted plaintext block shows how a single plaintext letter is transformed with different shifts. Going down column B, you can see how a is transformed into a, b, c, … as the Caesar shift changes from 0, 1, 2, …

This is another vertical lookup. But this time, it's convenient to use the LOOKUP function, as that allows us to more easily copy and paste the function from cell to cell[4].

LOOKUP behaves similarly to VLOOKUP. It can be used in a couple of ways. The way I'm using it here has this signature:

In this case, the search_key is the identified best shift, found in cell B4, itself a copy of CF43. The search_range is the list of possible shifts in the cells A16:A41. The result_range depends on the plaintext letter we're after. It's the column under the appropriate plaintext letter from the alphabet and counts block. For a, the result_range is B16:B41. For b, the result range is C16:C41, and so on, up until AA16:AA41 for the column corresponding to z.

Therefore, we can say the formula LOOKUP($B$4, $A$16:$A$41, B16:B41) will give the ciphertext letter corresponding to plaintext a for the best Caesar shift we've identified.

As we're using uppercase letters for ciphertext, we wrap the result in a call to UPPER() to convert the ciphertext letter to uppercase.

That explains row 44: it's the ciphertext letters for each . Row 45 is just those plaintext letters, copied down from B10:AA10.

We've already seen the SUBSTITUTE command, back in the alphabet and counts block, when we used it to eliminate letters to count how many were in the ciphertext. Now we use it to replace the ciphertext letters with the plaintext letters we've found.